Difference between revisions of "Management"

The Wastelands has existed for over a decade, and management of the estate has always been cared for by a select few. Below you can find all the people who are currently responsible for the direction the Wastelands is going, who's responsible for infrastructure builds, and who plays a heavy hand in the "Feel" of things.

You can view the online status of the Road Patrol and the Dev Team by looking inworld for the Wanted Posters on the right side of this article. If you see a poster at a telehub, that means that person is online.

Community Volunteers are regular visitors and land owners of the estate who would be glad to help with general questions about Second Life and The Wastelands. There's a good chance they're loitering around any of the major telehubs in the estate. Just look for a person with a "Guide to the Wastes" group title active.

Aptly dubbed the "Road Patrol" are the individuals who spend too much time in the Wastelands running the roads endlessly. Think of them as the tow trucks or wreckers that help you when stalled on the side of the road. If you need help one way or another -- these are the first people you should contact. They're more than prepared, outgoing, friendly, willing and able to deal with anything you might need. Any issues they can't deal with will be passed along to The Devs. With issues such as resident to resident conflicts, they can only offer awkward advice or forward the issue directly to a Dev. They have no power to act on any issue of this nature unless it violates the covenant of the estate. What sets them apart from The Devs is that they have NO ACCESS to in-game elements or planning. At best they have estate powers and the information you need, and a desire to play the game with everyone else. 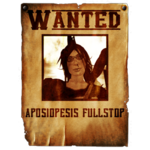 Aposiopesis known as "Apo" to the majority of the Wastelands community has been a Wastelander since 2007 and knows a vast majority of information regarding the Wastelands. Her friendliness and willingness to help usually makes her a first point of contact for any new visitor in the estate. Odds are you've probably met her on your first day or week here, and if not you'll bump into her soon.

Below is a list of things Apo can help you with:

The Developers of the Wastelands are a small close knit group of individuals donating their free time to to build, manage, and maintain everything that is the part of the estate. From the infrastructure builds, to the game elements and design, to the rules and policies of the covenant, they're the ones who make it happen. We like to spend the majority of our free time working on new and fun things for the residents to participate in. RP events, new game elements, and guiding the community are the most common tasks the devs attend to. Less frequently are resident or visitor disputes or covenant enforcement. Needless to say the devs all have real world or inworld experience, and come to the Wastelands to unwind and let their creative juices flow. 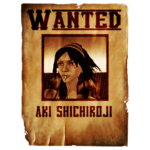 Aki is both a very talented and successful metaverse developer, graphic designer, illustrator and photographer. She's a founding member of the Post Apocalyptic Press, our beloved press blog. She's also been a very long term resident since almost the beginning of the wastelands, and continues to make wonderful things in Second Life 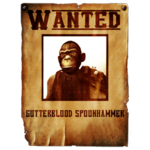 Gutter is one of the core six devs; the first group of devs responsible for the Wastelands. He's responsible for a great deal of the infrastructure we have -- Weapons, salvage, and general direction of the estate have all felt his hand of influence. He's a pioneer of oblong sculpts, and a creative genius when it comes to building and texturing things. His work can be seen all around Second Life through various small jobs for much larger projects, as well as his own items that he occasionally sells. 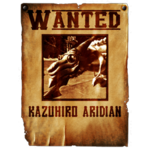 Kaz is a fantastic real world artist. He brings his creative talent to second life with his art and creature creations. He's had his hands in many linden sponsored events such as Burning Life and SL6B. His work can be seen across the grid, as well as on his own region of Aletheia that has been called an "Amazing build. Amazing avatars. Amazing artist" by M Linden himself! 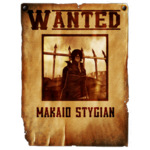 Makaio has touched so much of Second Life, it's hard to fathom everything he's done -- let alone list all the projects here. Hands down, the most notable thing he's done (according to Wastelanders) is the creation of our beloved Potato Farm. Single handedly he's enhanced the game far more than it's original design with the introduction of the arena. He's designed much of our salvage and rewards, as well as helping influence the direction of the game as a whole. I don't believe there's a project he CAN'T do in Second Life. 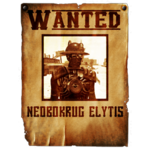 Owner and Cheif Executive Officer of Desolate Studios, NeoBokrug Elytis founded the Wastelands in 2006. From there he's worked as a game designer and coder for a ton of games and projects in Second Life, including the games in the Wastelands. His primary roles in the Wastelands are community leader, estate owner, and game developer -- usually in that order as time permits. 99% of the estate owned assets that are coded are done by Neo; tier meters, game elements, and misc stuff. If a problem is too tough for a Road Patrol or a Dev to handle, Neo is the last person before Linden Lab that can help to resolve an issue if it escalates that high. 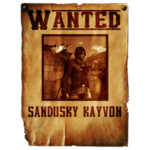 Sandusky is a first life architect and artist, so he brings a unique compliment of real world experience and design to everything he does in Second Life. Most notably he's an editor for our beloved Press Blog, but more importantly he's been working on much of our new one prim salvage and items. He's a very talented up and coming content developer in Second Life. Expect to see more of his stuff infect the grid, just like all the other Devs in the Wastelands.

Gone But Not Forgotten

We are eternally grateful to the individuals who were once Devs in the Wastelands. Without their help and guidance the Wastelands would not be what it is today.

The Wastelands in Second Life is owned and operated by Desolate Studios. You may contact us inworld via IMs, on the internet via an email to neobokrug.elytis at gmail dot com.